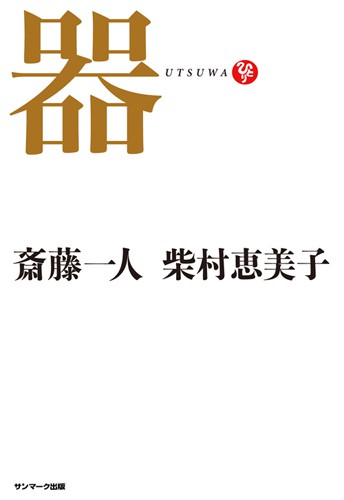 What determines a person's potential?
Two remarkable Japanese businesspeople--mentor and apprentice--reveal the core of human potential!

The Japanese word utsuwa (“vessel” in English) is often used to refer to a person who is tolerant or magnanimous and can accommodate others. But what does that mean? How can you increase your potential by learning how to accommodate things? How do you nurture that trait? Emiko Shibamura, the first apprentice of Hitori Saito, Japan’s No.1 taxpayer-businessman, was able to enrich her life by following Mr. Saito’s teachings. This is an eye-opening book packed with valuable experiences and episodes from Ms. Shibamura’s life, as well as her heartfelt advice on how to increase your potential. You can effectively apply the principles in this book not only for human resources and business but also for your own self-improvement.

I originally met Emiko Shibamura, Hitori Saito’s first apprentice, in January 2010 in the waiting room at a party. When she came in from the back, her dazzling outfit caught me by surprise. Another surprising thing was her humble demeanor and modesty despite being second only to Hitori Saito as a rich businessperson. Throughout the process of her co-authoring this book with Mr. Saito, I figured out the secret to increasing your potential and what you need to do to nurture yourself as a person. Furthermore, I fully understood the methods of increasing your potential that Mr. Saito has so graciously outlined. I believe that being magnanimous will be an important asset for surviving the coming era, and I encourage you to read this book and reflect on how to make yourself a better person.

He is the founder of Ginza Marukan and is the highest-paying taxpayer in Japan. He was in the top 10 highest taxpayers for 12 consecutive years starting in 1993, setting a new record. While high taxpayers mostly deal in real estate and stock offerings, Mr. Saito’s case is unusual because all of his tax is on business income. He has published many books about combining both emotional happiness and financial success. His main works include The Power of Subtle Differences, Insight (both by Sunmark); Top Shape, The Road to Happiness, Heaven on Earth (Longsellers); Success Methods Written by a Weirdo (Sogo Horei); and This Will Never Grow Old (Makino) among others.

She was Hitori Saito’s first apprentice and is now a representative of the Ginza Marukan Shibamura Group. Born in Hokkaido, she first met Mr. Saito when she was an 18-year-old finger-pressure therapy student. Several years later she began to relate to Mr. Saito’s positive and appealing way of thinking and decided to work for him at Marukan as his first apprentice. Since then, she has been appointed supervisor of Marukan branch offices in 13 different parts of the country, including Tokyo and Osaka. During the time when Mr. Saito was the No. 1 taxpayer in Japan, she came in at No. 86. Her main works include Hitori Saito’s Mysterious Laws of Happiness (Daiwa), Hitori Saito’s Wonderful Attraction Theory (PHP), and Hitori Saito’s Cosmic Energy Therapy (Longsellers)