Oibesan and the Unusual Mother and Child 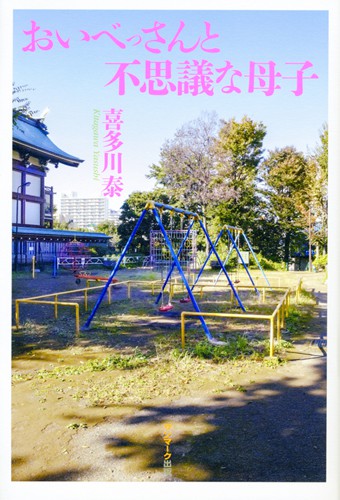 This simple story is sure to give you inspiration to live on. It's Yasushi Kitagawa's long-awaited latest book!

Yasushi Kitagawa is the author of Everyone Says It: We’ll Meet Again, a bestselling novel that moved readers all over the country. His latest work, which should be read far and wide, is a powerful story that centers on the world of elementary and junior high school students and the lifestyles of their parents’ generation. Some readers will find themselves surprised by the atmosphere of fantasy in the book. What is Oibesan? Where did the unusual mother and child come from? The ending will surprise you!
On the first day of the term, while there is a rumor going round among the elementary school kids that there is a ghost at Oibesan, a transfer student comes to 6-3, Mr. Hiroshi Hidaka’s class. His name is Toranosuke Ishiba, and he is wearing a faded T-shirt and chino pants that look like a hakama, a man’s or boy’s kimono. His long hair–which hangs in a ponytail he ties at the back–and his peculiar way of speaking get the attention of everybody in the class and make him the target of bullies. Meanwhile, Hiroshi’s rebellious daughter Nanami, a third-year student at junior high school, has been shunned by her friends after they cause a traffic accident. What does Nanami do afterwards? How does Toranosuke assimilate into the class? Why does the class bully Shiro Kuroiwa’s mother Keiko cry? The story unfolds in the crisscrossing lives of the different characters. And what is it that happens in Oibesan on a stormy night? Read the story and find out.

A Word from the Author:

I don’t expect my books to give everyone the power to live on. But I believe that some of the people who read this book will find that it gives them the power to take the next step in their lives. It is my earnest prayer that these people will come across Oibesan and the Unusual Mother and Child. When writing books, I always think about these people and hope that the book will find its way to them.

In the summer of 2010, unusual circumstances led to my meeting Yasushi Kitagawa, and I had the opportunity to work with him on a book titled Everyone Says It: We’ll Meet Again. Fortunately, the book went on to sell 100,000 copies, making it a bestseller. As a result, things that you would expect only in novels took place in reality, and the relationship between me, Mr. Kitagawa, and two other people who were involved changed. This book, which Mr. Kitagawa graciously says that he wouldn’t have been able to write without me, is his 11th publication. He has tried to approach it from a different worldview. Readers will find the conclusion unexpected, but in a good way. This is a book that I would like people of all generations to read.

Yasushi Kitagawa was born in Tokyo in 1970. He was raised in Saijo, a town in Ehime Prefecture. He graduated from Tokyo GakugeiUniversity and established a preparatory school called Somei in 1998. The preparatory school method used at the school is entirely original and is well known in the region. In 2005, he began his writing career.
His own particular way of seeing the world is admired by many people. His works include Everyone Says It: We’ll Meet Again (Sunmark), Letter Writers, Letter Writers 2, Going to Tokyo, Startline (Discover 21), A Man Haunted by Good Fortune (Sogo-Horei), Sunshiny Heart (Gentosha), and Mother’s Croquettes (Daiwa Publishing). In addition to writing, he delivers lectures as well as conducting a parenting course all over the country. He currently teaches junior high school and high school students at the Someisha in the cities of Yokohama and Yamato.