We’ve just come back from the Beijing International Book Fair, where we spent some busy but wonderful days meeting with publishers talking about the rights trade. The size of the fair is expanding every year, and this year’s participating publishers were reported to be more than 2,500 from 93 countries and territories. Since we don’t have International Book Fair in Tokyo for several years, the Beijing Book Fair is the only occasion for us to meet numbers of Chinese publishers in one spot. Because the Chinese market has grown massively in a decade, it’s a very important chance for us to catch up with their trends, needs, and what they have to offer.

Besides the Book Fair, we found numbers of fancy, stylish, and appealing new bookstores in the city. Those stores are designed by world-famous architects and interior designers, many are combined with cafes and other shops, and books are displayed very attractively. We couldn’t find time to visit but we heard there are cool new libraries around the city as well. Beijing is getting to be a must-visit place for book lovers all over the world. 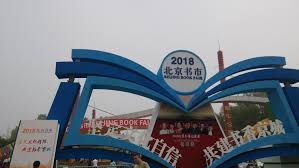 This year again, we will attend the upcoming Frankfurt International Book Fair, which will be held from October 10th to 14th. As is our tradition, we’ll share a stand with our friend, an American publisher at Hall 6.0. If any of you are coming to the Fair and are interested in meeting with us, please do let us know.

How to Find Your Own Special Kind of “Kawaii" 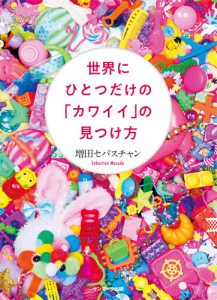 World-famous Kawaii Culture pioneer reveals how to bring out your self-confidence and charm.

This book is filled with hints for anyone, regardless of gender and age, who feels run down by life’s hardships, and wants to live a life best suited to their needs.

Sebastian Masuda is responsible for producing music videos for Japanese singer Kyary Pamyu Pamyu, as well as popular shops in Tokyo’s trendy Harajuku area. He also pioneered Kawaii Culture, which has captured the hearts of fans of all ages, nationalities, and genders all around the world. In this book, he reveals the secrets to living a life true to yourself.

I don’t have any future aspirations.

There isn’t anything I want to do.

I want a place to fit in.

This book will help you take your first step away from days of endless distress, leading you toward a vivid and fulfilling life.

This book also contains personal accounts related to struggles the author has overcome since childhood.

You will discover valuable lessons and meaningful words that relate to your own life as well.

★ Kabuki actor Ichikawa Ebizo Ichikawa XI has also praised this book, saying, “I love this man’s ‘color.’ He helps you remember that feeling you tend to lose when you become an adult.”

PROLOGUE  When a dark world becomes filled with color

CHAPTER 1  The wonderful power hidden behind being colorful

CHAPTER 3  “Kawaii” can change the world

CHAPTER 4  How to meet the “real” you

EPILOGUE  Find your true color, and go out into the world

I first met Sebastian Masuda in March of 2010 when I heard that he was giving a lecture at a local university. While Masuda was known at the time as the producer of the 6%DOKIDOKI Harajuku shop, his popularity inside Japan was not yet as large as it was overseas. Soon, however, he grew in fame as the pioneer of Kawaii Culture after doing art production for a Kyary Pamyu Pamyu music video and a great variety of other work revolving around Kawaii Culture. Seven years have passed, but Masuda still approaches every new challenge with the same ambitious attitude as before. I continuously came across such messages as “wind yourself up” and “have a colorful mind,” which lifted me up and gave me courage throughout the process of editing this book. I hope readers experience that as well.

※Kawaii is the culture of cuteness in Japan.  It can refer to items, people and anything that is cute, charming, and vulnerable.

Sebastian Masuda is an artist and art director who produced the popular Kawaii shop called 6%DOKIDOKI. He is an associate professor at Kyoto University of Art and Design and a visiting researcher at New York University. In 2017, he joined the Agency for Cultural Affairs’ Japan Cultural Envoy.

Born in Chiba Prefecture in 1970, after being involved in the worlds of performing and modern arts, he opened 6%DOKIDOKI, a “sensational Kawaii” concept shop in Harajuku, in 1995. He has been spreading Harajuku Culture to the masses since 2009 on his Harajuku Kawaii Experience world tour.

He garnered more international attention after producing Kyary Pamyu Pamyu’s “PONPONPON” music video. He promotes Harajuku and Kawaii Culture through his artwork for advertisements and merchandise, movie direction, and at the concept restaurant called KAWAII MONSTER CAFE, which he produced. He solidified his presence as an international artist after holding a one-man exhibition in New York called Colorful Rebellion – Seventh Nightmare in 2014. He joined the Agency for Cultural Affairs’ Japan Cultural Envoy in 2017, and began hosting lectures and workshops around the world the following year. He is currently running an open-participation art project called Time After Time Capsule, which will be taking place in 10 cities around the world until 2020.