Thank you for all of your assistance and support in 2014. Sunmark had another wonderful year with some successful titles such as E-Squared from the U.S., which has sold more than 250,000 copies from its release in April, and The Life-Changing Magic of Tidying Up, for which the rights have been sold to more than 25 countries, making it a great bestseller. The book’s success was especially remarkable in the U.S., reaching sales of 130,000 copies in a month and being selected as one of the Best Books of the Year by Amazon. Since it was such an impressive year, we’ve resolved anew to put further efforts into the rights business, and we hope, too, that we can be of assistance to you in the year 2015.

The Japanese version of E-Squared ranked in the top 10 on the Japanese annual bestseller lists in 2014! 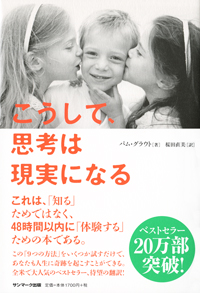 Every year in December, the annual bestseller list of Japanese book sales is announced by TOHAN and NIPPAN, the two biggest book distributors in Japan, and one of the most successful titles from Sunmark in 2014, E-Squared, was on their lists in the Business category. Though it was said that this year’s competition was very keen, the book ranked 5th for TOHAN and 7th for NIPPAN.