I Am Who I Was Meant to Be 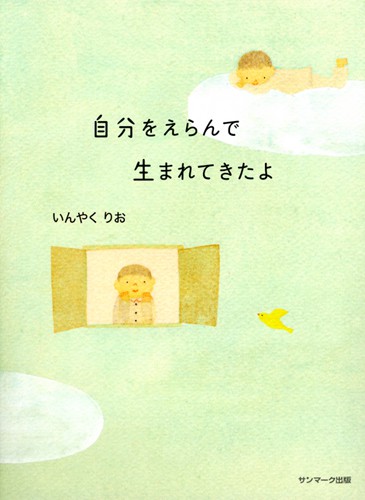 Born with physical disorder, a boy named Rio talks about life before birth and the mystery of life itself.

A boy named Rio was born with heart and lung disorders. He has been admitted to hospitals over 30 times, the longest hospitalization lasting two years. Amid all that, Rio talks about life’s mysteries–the world we’re in before we’re born, and coming into this world. What is life? What does it mean to live? Who is God?
This is a beautiful compilation of sayings from the “little philosopher” and also includes illustrations by Kazue Takahashi. As you read this book, you will undoubtedly feel your mind becoming clearer.

Rio’s mother Noriko is a freelance writer. We’ve worked together on different projects for over 10 years. When Rio was born, I saw the struggles Noriko went through raising him, and I’ve heard countless times about the unusual things that Rio says. When I received a manuscript of Rio’s quotes about two years ago, I was surprised. That’s because he has a pure vision with which he views the truth squarely, and the words he uses capture the very essence of “living” that even adults wouldn’t be able to imagine.
Though it has taken quite a while, this has turned out to be a lovely book with beautiful illustrations. I recommend this book to everyone, not only to people who have children.

Rio Inyaku was born on August 18, 2001. Due to cardiac arrhythmia, he was delivered by urgent Caesarean section at 34 weeks. He was given an artificial pacemaker when he was three years old, and he had a catheter ablation operation when he was 10 years old. He received oxygen therapy treatment at home for chronic lung disease and asthma until he was nine years old. He loves music, dogs, and bad puns. Since March 2011, Rio has been living in Okinawa.