The Frankfurt International Book Fair is coming up just around the corner now, October 19th to 23rd. We packed and sent our books to Germany last week, and now we’re ready to jump onto a plane. We’re very excited about visiting the world’s largest book fair again this year. We’re looking forward to wonderful encounters with great translated works of ours for the future, and we’re also looking forward to introducing our titles to other publishers, hoping to find partners who can translate our works into their languages. During the fair, we’ll share a stand with our longtime publishing friend Beyond Words from the U.S.A., at Hall 6.0 C101. Please feel free to visit us while you’re at the fair! 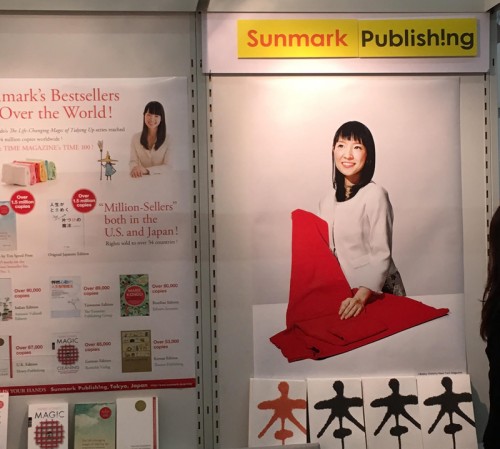 How Even the Stiffest People Can Do the Splits With Ease is selling very well in Japan, now at 800,000 copies! 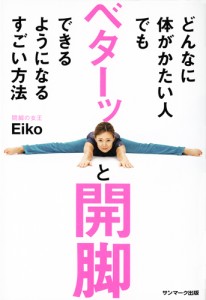 How Even the Stiffest People Can Do the Splits With Ease has reached 800,000 copies, and now we’re working hard to make it to 1,000,000 copies! The idea of “Splits” is very new to our market, so the author has been introduced in media such as TV, radio, magazines and websites—all of which have boosted sales. The rights have been sold to Korea and Taiwan so far but are still available in other languages. 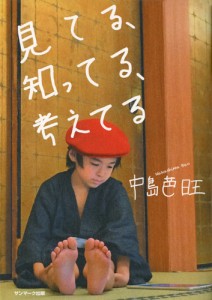 Poignant online posts that are causing quite a stir!
A self-enlightenment book written by a 10-year-old!

At the age of nine, Bao Nakashima came up with the idea of writing a book of his thoughts. Bao logged on to his mother’s Facebook account without her knowledge and proceeded to email an editor at a publishing house, saying, “I want to write a book about my experiences.” His mother was very confused when she noticed the sent message.

The editor was surprised by the sudden message from the boy, but decided to go ahead and meet with him. He found out that he wasn’t attending elementary school, but was instead attending seminars of authors he liked. Bao had apparently made the decision himself to stop attending school after experiencing bullying.

As expected, the boy wasn’t exactly sure what kind of book he wanted to write, so the editor gave Bao an initial homework assignment. He told the boy to write whatever came to mind, and to send him those sentences. Bao agreed excitedly and began sending the editor sentences that very day.

This book is a collection of the messages sent between Bao and the editor. All of the sentences in this book are just as Bao wrote them. Aside from correcting spelling mistakes, adding proper punctuation and forming the material into paragraphs, nothing was actually added by the editor. Usually, editors do a vast amount of editing even for adult writers. For this book, the editor wanted the readers to experience the words of the 10-year-old as they were written, uninfluenced and unchanged.

Here are some of Bao’s words:

“Humans live on the lives of plants and animals.

Eating something even when you don’t like it is wrong.

It’s bad to be picky.

We are receiving life. Be thankful for that.”

“If you experience having nothing,

you become thankful for everyday things.

you become thankful for being able to eat and having food made for you.”

“Even in the same place, if you look in a different direction, you will see a different view.”

These are things only a 10-year-old boy would write, but you also wouldn’t believe he’s only ten. His straightforward, poignant thoughts touch your heart with every turn of the page and can somehow make even a mature adult reach a new sense of awareness.

Bao is an author who is 41 years younger than I. I have worked with an author 20 years younger named Marie Kondo, who wrote The Life-Changing Magic of Tidying Up, but this is a new record for me! I never thought I would create a book with an author younger than my own child, but Bao is a wonderful author. And I’m not just saying that. His writing is really something. While he isn’t by any means an experienced author, nor are his sentences of any high level, there is a lot of strength in the words themselves. It was Bao who taught me, “It’s okay to live your life more freely.” I hope everyone feels the same excitement while reading this book that I felt on the day I received the first draft.

Bao is a 10-year-old homeschooled student born in 2005. His motto is to study what he wants from whom he likes. After attending seminars of well-known speakers by himself from the age of nine, he decided to write his own book at the age of ten. Seeing, Knowing, Thinking (Sunmark) is his first authored work. His profound tweets have earned him the nickname of “the little philosopher.” 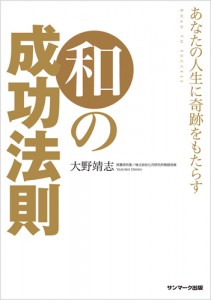 In Japan, a secret method of getting your wishes granted has been around for generations. This book introduces the origins and development of this Japanese method for success. An ancient, little-known Shinto method for making dreams come true is now available in a digital format that can be effectively used by anyone. “Purification” and the “power of words” are absolutely essential in making wishes come true. The “purification” methods will help with the complete purification and cleansing of the self. Doing this will enable you to experience the “five dimensions” of the natural world, which have been studied and proven with modern physics. You can then use the “power of words” to create your own desired reality.

The Vocaloid recording has a flat sound quality that won’t affect your emotions like a human voice would, and allows the energy of the purification rituals to be received more directly without distraction. Furthermore, a special sound frequency called logostron, which was researched and developed at the language research Nanasawa Institute, was mixed in to increase the effects of the digitized prayers.

“Success,” as it is discussed in this book, doesn’t mean growing rich, expanding a business or improving one’s social standing. It has to do with acquiring the power to turn your words into reality, enjoying life, and living the way you want with great freedom. Take the first step toward realizing this freedom with Road to Success.

Author Yasushi Ono has the extensive knowledge that allows him to answer any question that comes his way in great detail. The Vocaloid Shinto purification prayers CD provided are extremely effective. Playing the CD for more than six months now, I have felt the effects of it firsthand. I’ve grown used to the sound of the Vocaloid voice and how it differs from the way a human voice resonates, and I listen to the CD practically every day.

Born in Japan’s Miyagi Prefecture in 1967, Yasushi Ono is the supervising officer at Nanasawa Institute, the world’s leading institute for research dealing with the power of language. He is also the representative director of the International Logosist Association. A graduate of Waseda University’s School of Commerce, he studied world folklore and world religions such as Judaism, then immersed himself in the world of Hakke Shinto and the practice of futomani. He is currently working alongside Kenichi Ishizaki to teach the masses to properly use ancient Shinto and the power of words with his “Road to Success” project.