As mentioned several times in earlier issues of NEWS Mail, we have various club activities at Sunmark Publishing. They include some unique ones such as today’s feature, the Meat Club. Members of this club share no serious purpose except just enjoying eating meat! They get together about once a month for delicious meat dishes at a new restaurant that’s received good reviews. Some members also take part in the Running Club, so in their case they can easily maintain a balance of input and output, eating and running. We hope you also take care of the proper balance of activity in your life and fully enjoy this spring season of new growth.

The U.K. edition of The Life-Changing, Pulsing Magic of Cleaning Up ranked 32nd in Amazon U.K. soon after its release! 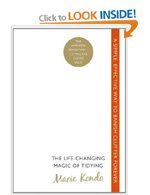 The U.K. edition of Marie Kondo’s million-seller title, The Life-Changing, Pulsing Magic of Cleaning Up (titled The Life-Changing Magic of Tidying in the U.K.) was released on April 3rd. Soon after it came out, the author was interviewed by local media including one of the most popular newspapers in the U.K., The Times. Boosted by the publicity, sales quickly increased and soon reached 32nd in the bestseller ranking of Amazon U.K.

U.S. and Italian editions of The Life-Changing, Pulsing Magic of Cleaning Up will be published!

At the same time as its successful launch in the U.K., The Life-Changing, Pulsing Magic of Cleaning Up received offers from the U.S. and Italy in rapid succession, and contracts for their publication have been signed. Now many publishers in other countries are also showing a lot of interest in the title, so we’re looking forward to even further developments in translated publications of this million-selling book. 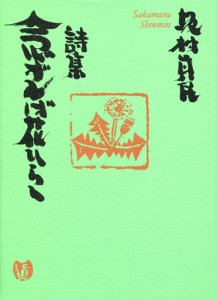 A compilation of works by the "Prayer Poet," Shinmin Sakamura, who continues to encourage and enhance the lives of many!

Often hailed as “the people’s poet,” Shinmin Sakamura’s simply written poems are deep with emotion and unlimited passion, have touched the hearts of so many, and are highly praised not only in Japan but also internationally.

Dandelion Spirit
Where There’s a Will, There’s a Way
Since We Do Not Live Twice
Seriousness
Wish
The Soles of Your Feet Are Blessed
From Here
Enlightenment
To Troubled “Ms. S”
Let’s Do Something

It has already been close to 20 years since I first met Mr. Sakamura.
Completely touched and captivated by the world of his poetry, I sent him a letter saying, “Please allow us to publish an anthology of your poetry.”
I paid Mr. Sakamura a visit and spoke with him at his home in Ehime Prefecture, but he declined my offer to publish the book.
However, seemingly due to our persistence he gradually opened up to the idea, and we received a long scroll of Japanese-style paper on which was written, “There has not yet been a compilation of my works published bearing the title of my famous work, ‘Where There’s a Will, There’s a Way.’ I would like you to release it.”
Overwhelmed with joy, when I went back to Mr. Sakamura’s place, tenderstem broccoli was in full bloom on the banks of the nearby Shigenobu River.
Nothing would make me happier than if this book could give even a small amount of courage and strength to people who are struggling and in need of being uplifted.
I would like many people to read this anthology.

Shinmin Sakamura was born in Japan’s Kumamoto Prefecture in 1909.
Being the oldest of 5 siblings, at the age of 8 he starting helping to support his mother after the sudden death of his father.
He graduated from Jingu-Kogakkan (currently Kogakkan University) in 1931.
At the age of 25, Mr. Sakamura crossed over to South Korea and began working as a professor. He moved to Shikoku after the war, worked as a senior high school teacher in Ehime Prefecture from 1946, and eventually retired at age 65. After that, he devoted himself to composing poetry.
Concentrating on Tanka poems since the age of 20, he shifted his focus to long poetry at age 46 and started his own poetry journal, Shi-koku.
In 2004, he reached his long-term goal of releasing 500 issues of Shi-koku, and continued publishing, issuing another journal called Kyu-jyu.
Shinmin Sakamura passed away in 2006.
He has been honored three times, receiving the Bukkyo Dendo Bunka Award in 1991, the Ehime Prefecture Services Award in 1999, and the Kumamoto Prefecture Modern Day Cultural Contributors Award in 2003.
His main works include, Where There’s a Will, There’s a Way— A Poem Anthology, Since We Do Not Live Twice — A Poem Anthology, The Gaze of the Universe — A Poem Anthology, Where There Is a Will, There Is a Way — A Collection of Writings, The Wonder of a Chance Meeting — A Collection of Writings, A Guide To Love — A Collection of Writings (All published by Sunmark), The Complete Poem Anthology of Shinmin Sakamura, and The Poetry of Shinmin Sakamura — Author’s Selection (a Daito Publishing Co., Inc. collaboration).
Shinmin Sakamura, who woke up at midnight and prayed to the earth at the crack of dawn, wrote poetry that was deeply Buddhist in nature and has fans of all ages, male and female.
The title of the masterpiece, “Where There’s a Will, There’s a Way,” has also become the favorite quotation and motto of many people.
There are even stone monuments with these famous words carved on them, erected in some 737 sites on all continents of the world except Antarctica.