Merry Christmas and Happy New Year to you!

For Sunmark, the year 2018 opened with the big hit of The “Trunk Muscle Reset Diet” That Top Models Have Kept Secret by Kenichi Sakuma, which reached 1.2 million copies sold.

Zero Training, released in May, reached over 800,000 copies.

Before the Coffee Gets Cold sold 800,000 copies, became a major motion picture in September, and now is a big hit in Taiwan also!

And other big hits are ranked in the yearly bestseller list of 2018,

which has been a wonderful year for Sunmark Publishing.

We appreciate your continued support in 2019.

Marie Kondo stars in a Netflix show set to debut on January 1, 2019.

Marie Kondo, the bestselling author of The Life Changing Magic of Tidying Up, will star in a Netflix show set to debut on January 1, 2019. The show is titled Tidying Up with Marie Kondo, in which Kondo offers tips on keeping your home tidy and organized all the time. It can be viewd in 190 countries.  In the show, she visits homeowners who have problems organizing their space, then helps them to clean up and clear away the clutter by demonstrating the innovative KonMari method from her best-selling book.

Last year we published a Japanese edition of The Answer, by Allan and Barbara Pease, which became a bestseller, and Barbara was invited by a TV production company to be a guest speaker in their program here in Japan. This year, both Allan and Barbara were invited by Ken Honda to hold a workshop with him. Ken is also an internationally recognized author. On December 8th and 9th, the three of them conducted workshops together in Tokyo to share their wisdom on communication, relationships and success. 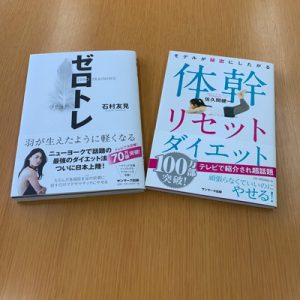 Before Your Memory Fades 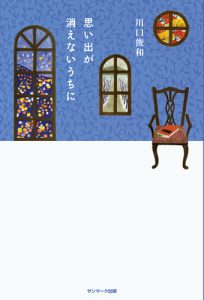 The series has sold 1,000,000 books, and this is the highly anticipated follow-up to the bestselling book that was made into a movie.

and words you want to hear.

This is the story of four people who visited a mysterious coffee shop in order to travel back in time to relive memories they had locked inside them.

An urban legend is circulating about a certain seat in a certain town’s coffee shop. If you sit in that seat, rumor has it you will be transported back to a time of your choice.

But there are some very troublesome rules involved:

Those aren’t the only rules, but people still feel the need to visit the coffee shop after hearing the rumors.

Would you still want to travel to the past under those conditions?

This book tells the story of four heart-warming miracles that took place in this coffee shop.

Story 1: A daughter who couldn’t say “You’re an idiot.”

Story 2: A comedian who couldn’t ask “Are you happy?”

If you could go back, who would you see?

The next book in the series is finally here! This book contains yet another four touching stories that will leave you teary-eyed. I choked back tears while editing it.

Get a box of tissues handy and enjoy!

Toshikazu Kawaguchi was born in Osaka, Japan, in 1971. He is a playwright and producer at 1110 Productions. As a playwright, his most representative works include COUPLE, Sunset Song, and Family Time. His debut book, Before the Coffee Gets Cold, was based on a 1110 Productions play of the same name, which won the 10th Suginami Drama Festival grand prize. The book was also nominated for a 2017 Japan Booksellers’ Award. He is also the author of Before the Lies are Revealed.

Meeting in a Parallel World 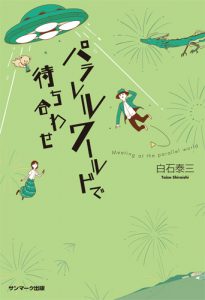 The future is waiting for you.
An unbelievable true story! A spiritual novel like no other!

The future is waiting for you.

An unbelievable true story! A spiritual novel like no other!

I thought this was going to be a spiritual story, but it’s so romantic!

I wasn’t expecting that at all! How true this story is!

You won’t be able to take your mind off it, and you’ll want to read it again!

Unable to write a follow-up to his debut book as a self-help author, Taichi is feeling stuck.

Being skeptical about the “invisible world,” he would make comments that only angered the readers who attended his book events.

As he began to give up on spirituality, he met Rika, a woman who knows the future. He avoided her at first, but just as he started to grow more captivated by her, Taichi suffered an unexpected accident.

A number of synchronicities,

near-death and out-of-body experiences due to an accident,

being summoned by a UFO,

and being reunited with a young man named Dragon Keeper.

In the end, what truths did he discover?

A number of mysterious things are occurring in Nagasaki, Taiwan and Tokyo!

Although filled to the brim with spirituality, this story is entirely true.

Chapter 1  Spirituality is nothing but games

Chapter 2  The future was known

Chapter 3  A tour of a near-death experience

Chapter 4  Meeting in a parallel world

Chapter 5  How to ride a UFO and a dragon, and how to pass through space-time

Chapter 6 How to create this world

From the editor "Catty"

There is an abundance of seemingly spiritual themes that stand out, from the “parallel world” in the title, to “near-death experience, “UFO” and “Ryu-tsukai.” The surprising thing is that these are all events that the author actually experienced. His real-life stories were formatted into a highly entertaining novel. You will be filled with laughter every time you read it. You will also pour your eyes out.

Taizo Shiraishi was born in Isahaya in Nagasaki Prefecture. In 2016, after working as a hotel keeper and a bartender, he turned his life experiences into a self-help book that received a favorable response. In April of 2017, he awoke miraculously after being unconscious for 4 days, on the border between life and death. Since then he has been holding seminars and speaking events where he explains the various mechanisms and tricks of the world. He is also the author of My Wife Is the Dempa (Hikaru Land).