Very busy days of Frankfurt International Book Fair 2016 are already behind us!

One of the busiest times of the year for international publishing people is over.  We hope everyone who attended the Frankfurt Book Fair had a great week of books, then a safe trip back home with a lot of fruitful assignments to be completed as future achievements.  We from Sunmark Publishing attended about 40 meetings during the fair, looking for our next translation works.  The meetings were pretty exciting and we ordered several manuscripts from each publisher we met.  We’ll have some busy but enjoyable days considering those manuscripts to decide whether they’ll fit into our list! 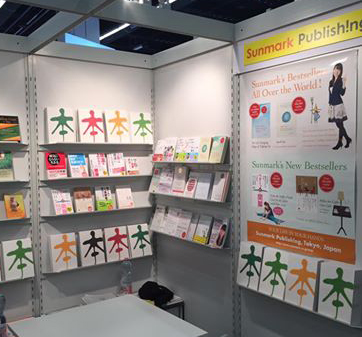 The World’s Best Way to Stretch reaches 150,000 copies 9 months after its publication date.

We are honored to mention again our long-selling title The World’s Best Way to Stretch, which has reached 140,000 copies nine months after it was published.  The author, Shuichi-James Nakano,  is a well-known physical trainer and fitness motivator whose client list includes Olympic medalists and professional athletes.

In this book he teaches how to stretch your body without any unnecessary movements and achieve maximum benefits from easy-to-do everyday exercises.

A Neurosurgeon Explains How to Avoid Illness with Nerve Cleansing 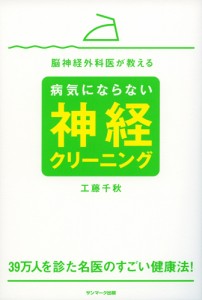 Rejuvenating your nerves will restore your health! The nerves are the key to keeping your brain, internal organs, blood vessels, and muscles strong!

Practicing correct posture and massaging your face are the only two things you need to do for nerve cleansing. Doing these will restore your nerves and protect your body from illness. This book discusses in layman’s terms the undeniable connection between the body’s nerves and our health. Obtain a stronger, healthier body by becoming familiar with the information in this book.

Chapter Two – The three nerve issues that cause ailments

What do you think about when you hear the word “nerves” ?  The first thing I thought of was having good or bad reflexes. When I asked Dr. Kudo about whether motor nerves were a real thing, he insisted they were. He also taught me a lot about how we can improve our reflexes, and all of that information is in this book. Insensitivity, neuroticism and other health issues are related to our nerves. This book provides information about health that may come as a surprise to many people. It’s a must-read.

Chiaki Kudo is a neurosurgeon born in Nagano Prefecture, Japan in 1958. He is the head of Kudo Chiaki Brain Neurosurgery Clinic. He studied neurosurgery at Kagoshima City Hospital Emergency and Critical Care Center, Tokyorosai Hospital Labor Welfare Corporation and the University of Birmingham in the Neuroscience and Neurophysiology Department. While studying in the UK, he worked alongside Professor E.R. Hitchcock with the hope of making a breakthrough in surgical treatment for Parkinson’s Disease. He opened Kudo Chiaki Brain Neurosurgery Clinic in 2001. Dr. Kudo is particularly interested in treating headaches, brain disease, dementia and Parkinson’s Disease but receives patients with various health issues on a daily basis. Using methods introduced in this book, such as “face massage” and “posture correction,” he has helped numerous patients reacquire limber, pain-free bodies through nerve rejuvenation. He has treated over 390,000 patients so far. As an author, he has also released Don’t Give Up On Supplements! They Fight Headaches and Anemia (Bungeisha). 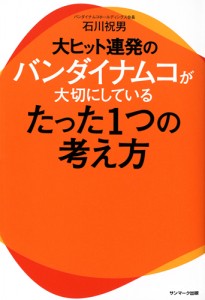 The president of successful game company, BANDAI NAMCO reveals the most important concept for any top business person

Shukuo Ishikawa joined BANDAI NAMCO Holdings 38 years ago, and after being appointed president persevered through a 30 billion yen deficit. However, he has always focused on “how to create a hit”- and working with “hit makers,” regardless of the circumstances. Ishikawa believes that hit products are not the result of genius or ability; rather, they are born of the passion of one individual. For example, no matter how much resistance you get from your superiors or peers, whether or not you have the confidence to carry your project through to completion greatly affects your results. This is because big successes aren’t produced by the mainstream. In other words, “Many people can produce hit products, but very few can produce smash hits.” This principle is evident in any business enterprise. Successes that live on in the history of the company or industry are produced by those few who persevere even when 7 out of 10 people oppose them. That’s precisely why you should not consider a lack of support for your ideas and way of thinking an obstacle, but a motivator to tackle the challenge at full speed. This book will guide you through how to embrace being in the minority, and provide you with the “reckless advice” you need to confidently work towards great success. Many of you – especially those who “make things” as I do – may feel you aren’t getting the results you expected at work, or maybe you wish to be better recognized for the work you’ve done. You may also wish to be involved in work that suits you better, or that is more enjoyable. If you feel this way, this book will clear a new path for you.

Chapter One: Hits are generated by the mainstream, smash hits come from the subculture

– Go from being a hit maker to a smash hit maker

– How did the smash hit Crocodile Panic come about?

–  When you are stuck on an idea, take notes in the middle of the night

–  What was the inspiration behind cola-flavored potato chips?

–  Break through the boundaries of common sense

–  “Cool” is a complex mix of sharpness and coarseness

–  In any occupation, be self-driven

– Create a theoretical enemy if you want to grow

–  What important lesson do leaders learn from receiving a 10,000-yen “mini bonus?”

–  Why is there a “Chief Gundam Officer”?

Chapter Four: The people who’ve failed are the ones who evolve

–  What can you learn from NHK’s year-end special, Yukutoshi Kurutoshi?

– Three principal mindsets that are strong against adversity: “Whatever,” “So what?” and “To each his own”

–  Dialing down your intensity will enhance concentration

–  Overwhelming ideas lead not only to hardship, but also to breakthroughs

As a game, anime and toy lover I’d long wondered how Bandai Namco could continually put out so many hit products. Wanting to hear more about it, I pursued Shukuo Ishikawa doggedly about working on a book together. As president of the company, Ishikawa is known not only for developing Crocodile Panic but also for restoring the company’s overall performance. I thought a successful man like him would surely have an austere presence, but I found him to be a very warm-hearted individual. Once you get him talking, his eyes and demeanor change instantly as he speaks from the point of view of a president of a successful company. I also got a lot out of our meetings together – many things I actually hope to apply to my own career as a publisher. He taught me important concepts that businesspeople should never forget. I recommend this book to people in any line of work, but especially to those like me who “make things” for a living. This book will undoubtedly inspire fundamental change in you.

Shukuo Ishikawa, president of Bandai Namco Holdings, was born in Yamaguchi Prefecture, Japan in 1955. After graduating from the Kansai University Department of Literature, he joined Namco (currently Bandai Namco Holdings) in 1978. He led the planning and development of the smash hit Crocodile Panic, his product, released in 1989. He was also the executive producer of the hit video game The Idolmaster, earning him the position of trend setter in idol-related content. With the merging of Namco and Bandai in 2006, Ishikawa was made president of the newly formed Bandai Namco Games (now Bandai Namco Entertainment). In 2009, Ishikawa was appointed Representative Director and President of Bandai Namco Holdings. Inheriting a 30-billion yen deficit, Ishikawa introduced the “IP Axis Strategy,” effecting a V-shaped recovery and resulting in the company recording all-time highs in revenue and profits in FY2014. This feat earned the company widespread press coverage along with attention in and outside of the video game industry. Ishikawa was appointed Chairman and Representative Director in 2015, and continues to serve in that capacity today.