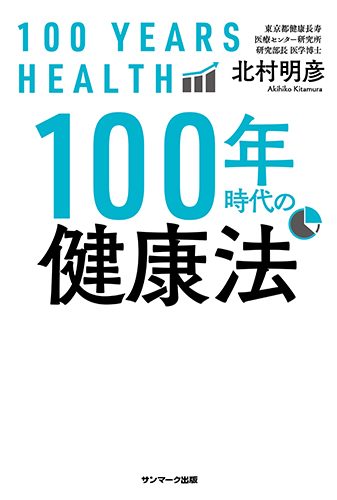 How to increase longevity according to a public health specialist.

Frailty is a key issue in the world of geriatrics. But what makes something so obvious so very crucial? New discoveries about frailty have revealed ways to prevent or improve it, which in turn increases our healthy life years. Furthermore, an aging society and a declining birthrate are decreasing Japan’s population. Author Kitamura reveals that this has a negative impact on our individual health.
As the social structure changes, we need to change the way we think about health!

After learning that bodyweight does not impact longevity, I contacted Dr. Akihiko Kitamura to find out more. It was then that we started detailing a plan for this book. His research data related to the direct impact a lower population has on individual health, and how frailty stands in the way of longevity changed public health and also the way I think about my own health. This is a book for all ages. This is your ticket to a long and healthy life.

Upon completion of his graduate course in the Graduate School of Comprehensive Human Sciences at the University of Tsukuba in 1989, he worked as a medical doctor, researcher, and professor at the Osaka Medical Center for Cancer and Cardiovascular Diseases, the Osaka Prefectural Health Science Center, the Osaka Center for Cancer and Cardiovascular Disease Prevention, and Osaka University. He has been in his current position since January 2016.

He specializes in lifestyle disease prevention and preventive care for the elderly, focusing his research on stroke, heart disease, high blood pressure, dyslipidemia, diabetes, locomotive syndrome, frailty, and dementia. In 2017 he changed public health after releasing new evidence that showed frailty largely affects longevity, while bodyweight does not.  He is a member of a number of groups including the Japanese Society of Public Health, the Japan Epidemiological Association, The Japanese Society of Cardiovascular Disease Prevention, and The Japan Stroke Society.