Mirai and the Rainbow Wings 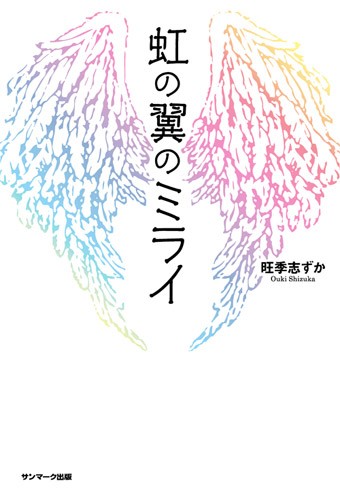 Shizuka Ouki, the author of Seven Teachings That Helped Even a Coward Like Me Become Brave, releases her highly anticipated new novel.

In 2035, the ocean has turned black. The end of the world draws near owing to a shift in the poles and has been divided into two warring groups, the “ocean nation” and the “mountain nation.”

A rainbow soldier named Mirai was born to save the planet, and goes in search of friends who possess the rainbow wings. But what was awaiting Mirai was a harsh reality.

This is an adventure fantasy novel about love and courage by a popular playwright.

The First Wing “The Sealed Wisdom”

The Second Wing “The Fallen Angel”

The Third Wing “The Injured Wings”

The Fourth Wing “The Vanished Wings”

The Fifth Wing “The Day the Wing Broke”

The Sixth Wing “The Truth of the Rainbow Wing”

The Seventh Wing “When the World Ends”

The Last Wing “Mirai and Yamato”

You will be moved by Mirai’s brave journey as he risks his life to save the planet.

Shizuka Ouki is a playwright who was born in Tokushima and graduated from Rikkyo University. She has written numerous stories for TV dramas, drawing from her wealth of personal life experience. Her most representative work includes Super Queen, The Brothers Karamazov, Strawberry Night, Tokumei Kakarichō Tadano Hitoshi, Seigi no Mikata, Gabai Grandma from Saga, and Toilet Gods, among others. Her best-selling debut was Seven Teachings That Helped Even a Coward Like Me Become Brave, published in 2015 by Sunmark. She currently lives in Hayama, in Kanagawa Prefecture, where she enjoys surfing and hula dancing.