My Girlfriend Was Sexually Assaulted 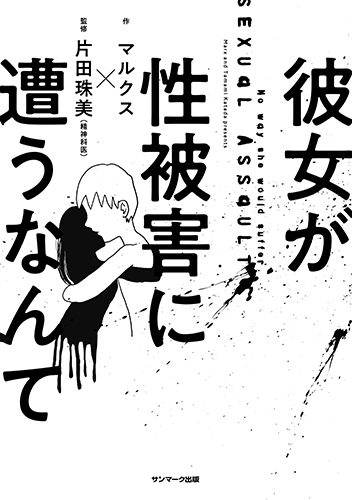 This true account in comic book format is causing a buzz on the Internet.
Lust wasn’t the only motive of the crime.

My girlfriend became a sexual crime victim out of the blue one day.

She hasn’t smiled since that day. She no longer worries about her personal appearance.

Even just watching TV together can trigger flashbacks.

That’s an average of at least 20 harassment victims per day in a year.

Again, those are only the cases that have been acknowledged.

“I produced this book in the hope of spreading awareness and preventing such horrible acts from ever happening again.”

My Girlfriend Was Sexually Assaulted――

What an unbelievable thing to say, but it could happen to anyone.

This story involves you as well.

Where the relationship ended up

After his girlfriend was sexually assaulted, Marx began working toward societal change through writing comic books. After comic strips detailing their daily lives were posted, they gathered widespread attention from all genders. His stories posted on Twitter about “The issue of male domination that affects society” and “The psychology of sex crimes” continue to receive a massive response from followers. This is his first authored work.